Can You Snort, Smoke or Inject Heroin? 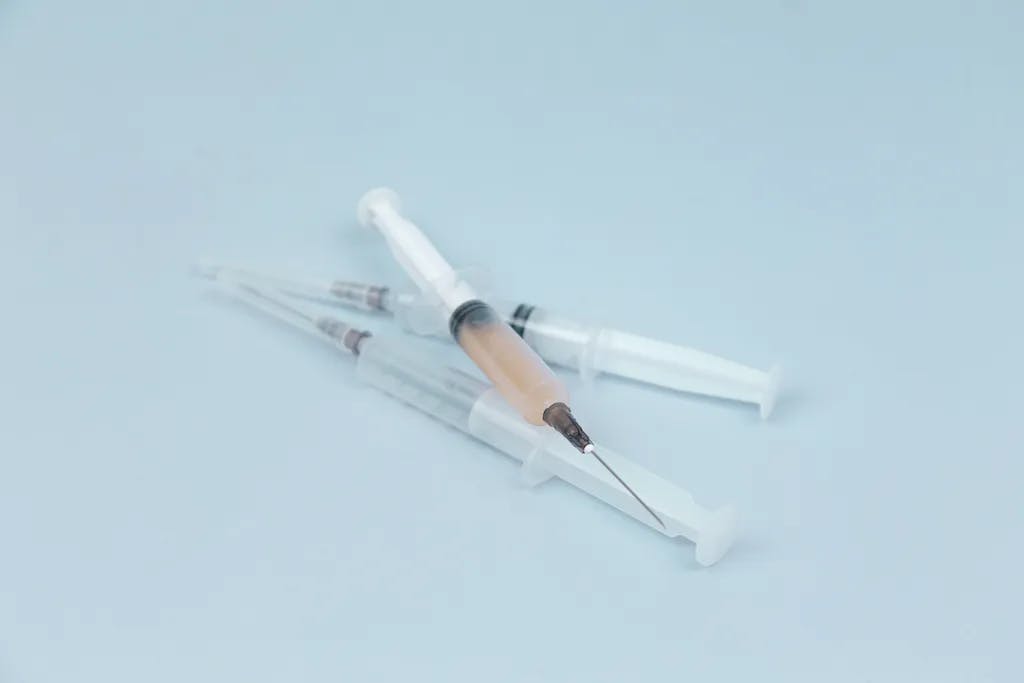 Everything You Need to Know About Heroin Abuse and Addiction

According to the National Institute on Drug Abuse, nearly 92,000 Americans died of a drug-involved overdose in 2020. Many of these overdoses were from heroin. In fact, heroin is responsible for most of the fatal overdoses in the U.S.

Three-fourths of all people battling heroin abuse first struggled with opioid addiction. Legally prescribed opioids are more accessible than heroin. Unfortunately, as opioid prescriptions increased in recent years, so did heroin abuse. When a person who abuses opioids cannot get their prescription filled, they often turn to heroin. Many use heroin to stave off opioid withdrawal symptoms. Today, more than half a million people in the U.S. are addicted to heroin.

There are many ways to use heroin, and each method has its side effects and complications. Heroin abuse can lead to permanent health problems and even death, regardless of how the drug is taken.

The Origin of Heroin Abuse

In 1898, the major pharmaceutical company Bayer created heroin as an alternative to morphine. Morphine was a more dangerous drug, and Bayer thought heroin would be less addictive. This, unfortunately, was not the case, as it quickly led to heroin abuse.

After the United States Civil War, many soldiers returned home addicted to morphine. Morphine was the drug of choice to treat PTSD on the battlefield. Since it was administered with a hypodermic needle, hypodermic needle kits became popular.

People did not fully understand the science behind opioid addiction at that time. After several years of increasing heroin abuse rates, the U.S. banned heroin in the 1920s. Although it is impossible to get a heroin prescription today, it is still sold on the street illegally.

Certain prescription drugs make heroin abuse more likely. Legally prescribed opioids such as Oxycontin and Vicodin provide effects similar to heroin. According to the National Institutes of Health, misusing opioids opens the door to heroin use. Recent data suggests that heroin is an introduction opioid to many people. Although some people reportedly use heroin to mask chronic pain, about one-third of users take heroin to get high.

“Drug addiction is a chronic brain disease. It causes a person to take drugs repeatedly, despite the harm they cause. Repeated drug use can change the brain and lead to addiction… These changes can be long lasting.” – Medline Plus

When people use heroin for the first time, they report having feelings of euphoria. These feelings may mask chronic pain, depression, and anxiety, but they do not treat them. Instead, the feelings are a temporary bandage that heroin addicts use to hide their issues. When the euphoria dissipates, the person goes back to feeling the same way they do every day, which prompts them to use it again. However, users will never feel the same way they did the first time they tried heroin — they will keep chasing that initial high, triggering drug abuse.

Seeking help for heroin abuse is the first step in leading a fulfilling life. However, stopping on your own can lead to sudden withdrawal symptoms and mental health issues. To minimize the discomfort associated with withdrawal, seek professional help for your addiction. Zinnia Healing detoxification programs help people with heroin addictions move forward. Contact us at (855) 430-9439 to learn how Zinnia Healing treatment centers can help you.

Symptoms of Short-Term and Long-Term Heroin Use

Aside from initial feelings of euphoria, people also experience:

Sharing drug injection needles may cause additional symptoms from serious conditions like HIV, hepatitis, or AIDS.

An overdose occurs when a person uses enough heroin to produce a life-threatening reaction. The first symptom of a heroin overdose is difficulty breathing, which leads to respiratory arrest. This quickly results in a low blood oxygen level — hypoxia — which starves vital organs and tissue of oxygen. Hypoxia can cause nerve damage, permanent brain damage, a coma, and even death if not treated immediately.

Although heroin comes in many different forms, the powder is the most common. It can be white, brown, black, or gray, but white is the most common color. Heroin is almost impossible to distinguish from cocaine when in its white form.

Heroin dissolves in water quickly, making injection the easiest way to use the drug.

To stretch the amount of heroin, some sellers add in foreign substances such as:

Sometimes drug dealers add these substances to the drug so that it appears to weigh more. They do this for profit and, often, at the cost of a person’s life. Batches of mixed heroin are less expensive, But without knowing what is in it, the person taking it is at risk of severe health problems. In addition, contaminated heroin can mask the signs of overdose.

Pure heroin will dissolve very quickly, no matter how it is taken. But these added ingredients are coarser, larger, and won’t disintegrate like heroin powder. As a result, they can become lodged in a person’s soft tissues, veins, arteries, and organs. Once they become lodged, they can kill off tissues and cells. This increases the risk of necrosis — also called tissue death — leading to sepsis. Sepsis is an extreme response to infection, causing organ damage and failure. Sepsis is life-threatening if not treated immediately. One in three people who develop septic shock from sepsis will die.

How Do People Use Heroin?

Although injecting heroin is a common way to use the drug, most people do not inject it at first use. People usually snort or smoke heroin before they try injecting it. They will sometimes snort heroin in much the same way a person would use cocaine — this is especially true of people with a previous history of using cocaine.

Users divide the powder into lines before snorting it. Snorting will not get a person high as quickly as smoking or injecting. But people snort heroin because it is less stigmatizing than injecting it. People who are not severely addicted to the drug may also snort it because they aren’t looking to get as fast or as intense of a high. The high a person gets when snorting will take longer to manifest but will last for several hours. Due to the highly addictive nature of heroin, repetitive use leads to tolerance. The more frequently a person uses heroin, the more a person will have to invest to reach the previous high.

What Are the Complications of Heroin Abuse?

Injection is the most common way people abuse heroin. It is also the riskiest way a person can take heroin because it dramatically increases the risk of contracting a bloodborne infection. In places where heroin use is rampant, HIV and hepatitis rates are up. In addition, people who inject heroin sometimes share dirty needles, either on purpose or accidentally, thus transmitting these deadly illnesses to others. People who inject are also likely to be addicted to more than just heroin. Nine in 10 users inject at least one other substance.

Why Does Injecting Heroin Lead to Heroin Abuse?

Heroin injection will give a person a quick, intense high, increasing the risk of a fatal overdose. Injecting drugs of any sort also increases the chances of a person contracting a skin infection or collapsing their veins. Injecting heroin is a sign that someone’s heroin addiction is incredibly severe.

If you or someone you love is addicted to heroin or opioid drugs, the experienced counselors and doctors at Zinnia Healing are standing by to help. Don’t hesitate to contact the compassionate team at Zinnia Healing at (855) 430-9439 to learn more about medically-assisted detox and drug addiction counseling for heroin abuse.